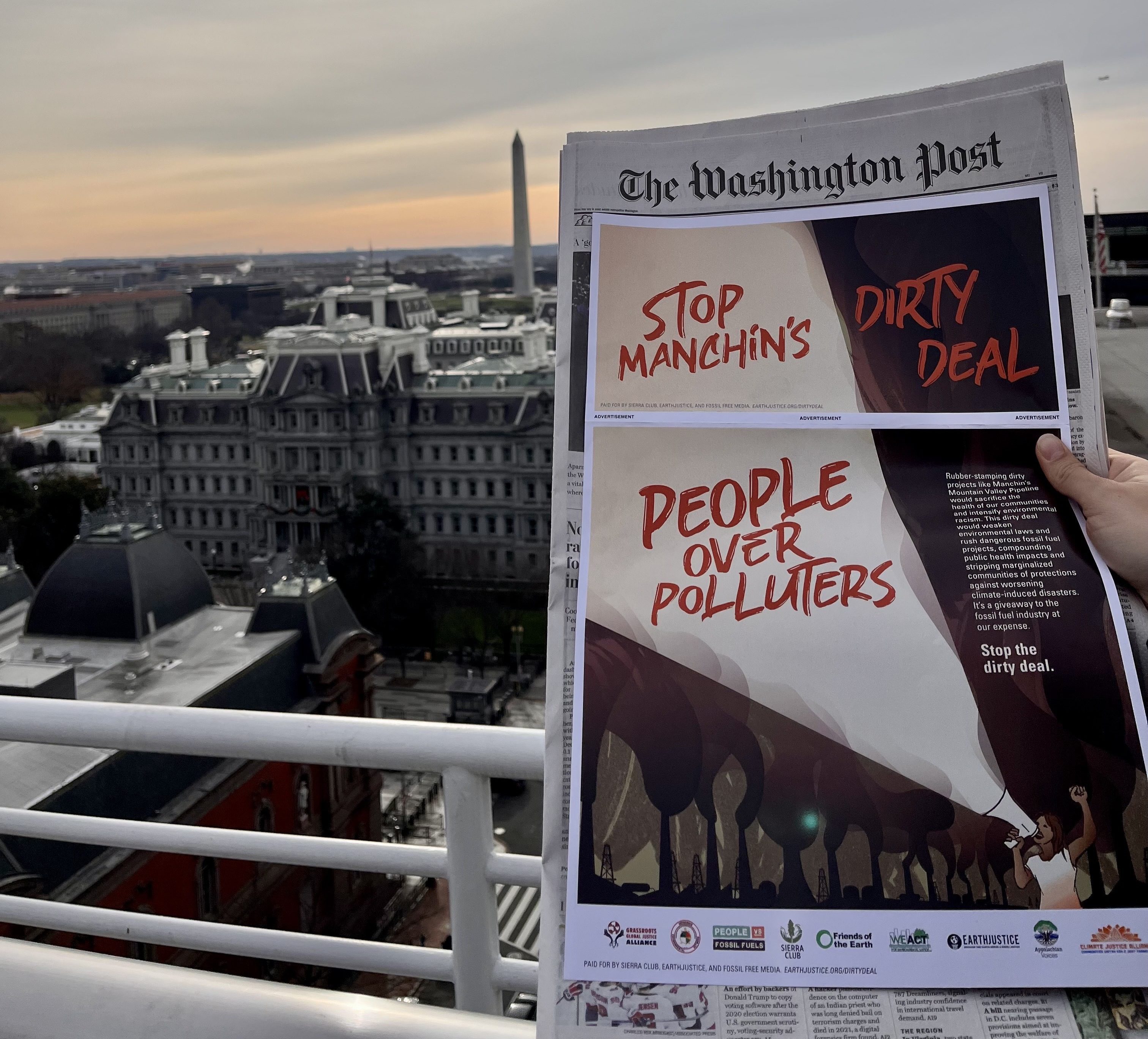 In an effort to advance his climate-killing Energy Independence and Security Act of 2022, fossil fuel-friendly Senator Joe Manchin of West Virginia went to great lengths, even attempting to attach his bill to must-pass appropriations legislation. His latest target was the National Defense Authorization Act, which was up for a vote in the final weeks of the year.

The environmental community, who had opposed this bill (dubbed Manchin’s Dirty Deal) since the beginning, responded with outrage as Manchin’s proposed permitting reforms would fast-track infrastructure like oil pipelines, massively weaken environmental and public health laws, and provide fewer avenues for communities to fight pollution. But despite months of opposition, Manchin’s Dirty Deal was poised to slide through Congress and onto the books.

In partnership with Arc Initiatives, True Blue was tasked with developing a striking print campaign that would be seen in the halls of Congress that amplified the universal call from the environmental leaders and frontline communities for lawmakers to stop the dirty deal from moving forward.

On December 16, just days after our print ads filled the Capitol in a Washington Post Hill Wrap insert and Politico print ad, lawmakers voted to reject Manchin’s dirty deal and untangle it from the National Defense Authorization Act.

The print ad’s striking illustrated graphics depicted the power of frontline voices to shine through in the face of this dirty legislation, highlighting the need for our leaders to put the needs of people over polluters. 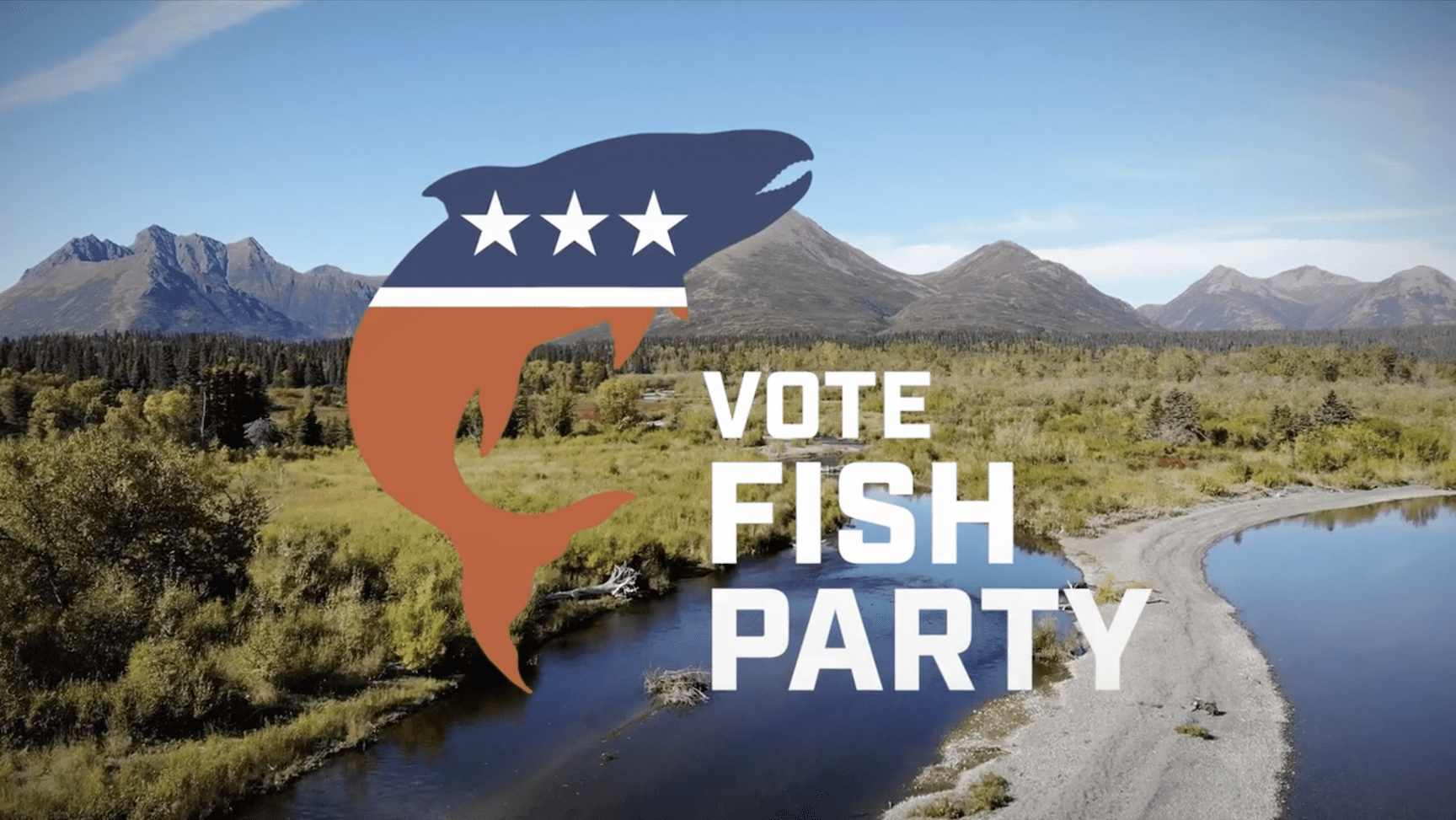 The much-anticipated 2022 mid-term elections in Alaska were a bellwether in national politics. In the House, Democrat Mary Peltola faced a strong challenge from Trump-backed celebrity candidate and former Alaska Governor Sarah Palin. Meanwhile in the Senate, Lisa Murkowski’s legacy as a centrist Republican was being put to the test by another election-denying Trump camp candidate, Kelly Tshibaka. As one of the most reliably Republican-voting states in the country that voted twice to elect Donald Trump by wide margins, both candidates would need creativity and fight to prevail.

The True Blue team in partnership with Arc Initiatives stepped up to help set these two candidates on a course for victory. We knew the combination of open primaries and ranked-choice-voting provided an opportunity for candidates like Mary Peltola and Lisa Murkowski to appeal to voters outside of their base. Leveraging years of experience in Alaska politics, we developed a single unifying message that would rise above divisive partisanship and resonate with every Alaskan: “Vote Fish Party.” Our “Fish Party” campaign showcased both candidates’ joint commitment to the state’s fish and fisheries, a message specifically tailored for a broader base of voters that stood out against the traditional partisan attacks that were flooding the airwaves.

This compelling and uniquely bipartisan frame was woven throughout high-impact campaign assets, including video ads that garnered tens of thousands of organic online views and hundreds of yards signs displayed across the state. The campaign was one of the most talked about of the election cycle, with our ads getting circulated throughout the internet and receiving write ups from high-visibility publications like POLITICO. In the end, we’re honored to have helped Mary Peltola make history as the first Alaska Native to win a full term in the House and Lisa Murkowski retain her position in the Senate by a considerable margin.

The 2022 election for Minnesota Attorney General was considered one of the most hotly contested races in the country. Incumbent Democrat Keith Ellison faced an unprecedented challenge from Republican Jim Schultz, an anti-choice corporate lawyer and political newcomer who had never prosecuted a single case.

Despite Schultz’s flaws, GOP-aligned out-of-state groups funded by Big Oil, Big Tobacco, and the Gun Lobby poured millions into attacking Ellison with ‘race-baiting’ ads condemned by hundreds of faith leaders and community members throughout the state.

The True Blue team, in partnership with Arc Initiatives, was tapped to help overcome these forceful political headwinds. Utilizing a research-informed strategy that connected with persuadable voters via TV and digital advertising, we delivered the message that Keith was the only candidate in the race that would fight to protect Minnesotans’ safety, pocketbooks, and personal freedoms.

We helped Keith’s campaign break through in a crowded media environment and win reelection by just over 20,000 votes.

It was a huge honor supporting his candidacy and we’re so proud of our work! Check out the TV spots that helped propel Keith’s campaign to victory. 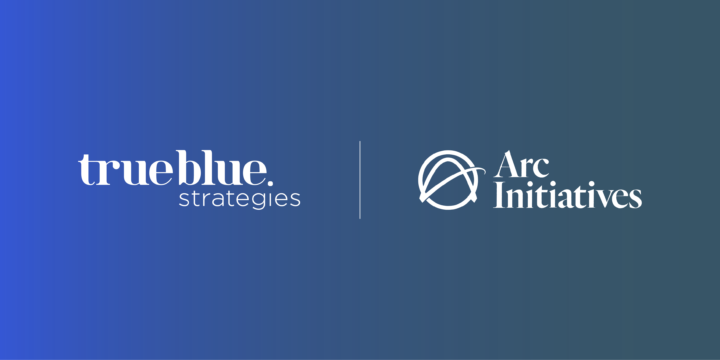 True Blue Strategies is pleased to announce a strategic alliance with Arc Initiatives to tackle some of the most important fights of our time.

True Blue is an award-winning agency, with decades of experience in public affairs and issue campaigns, driving change at the local, state, and national level.

Based in Washington, DC, Arc has run, worked, and won some of the most important elections and advocacy campaigns of this century. From Fortune 100 companies and trade groups to global foundations and top-of-the-ticket candidates, Arc has managed countless advocacy and marketing campaigns for a range of clients, reaching and moving target audiences to change the conversation.

With Arc, we’re offering even more services to our clients, including end-to-end campaign planning and management, top-notch electoral expertise, and unparalleled public relations.

We’re thrilled to announce this collaboration just weeks after our firms were awarded five AAPC Pollie Awards and two Campaigns & Elections Reed Awards for our joint work on the ongoing campaign to Stop Pebble Mine. 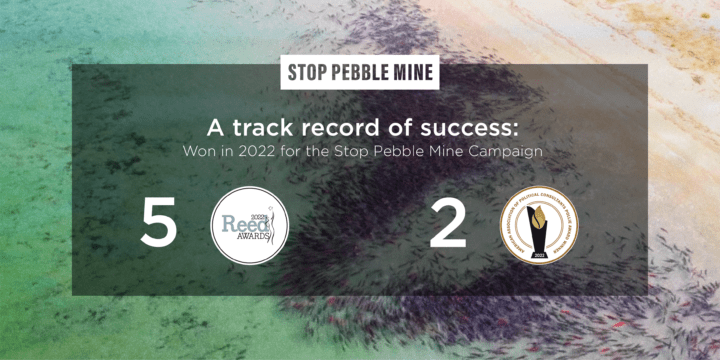 Allied by expertise and a fighting spirit, Arc Initiatives and True Blue Strategies are ready to help our clients achieve their most ambitious goals. 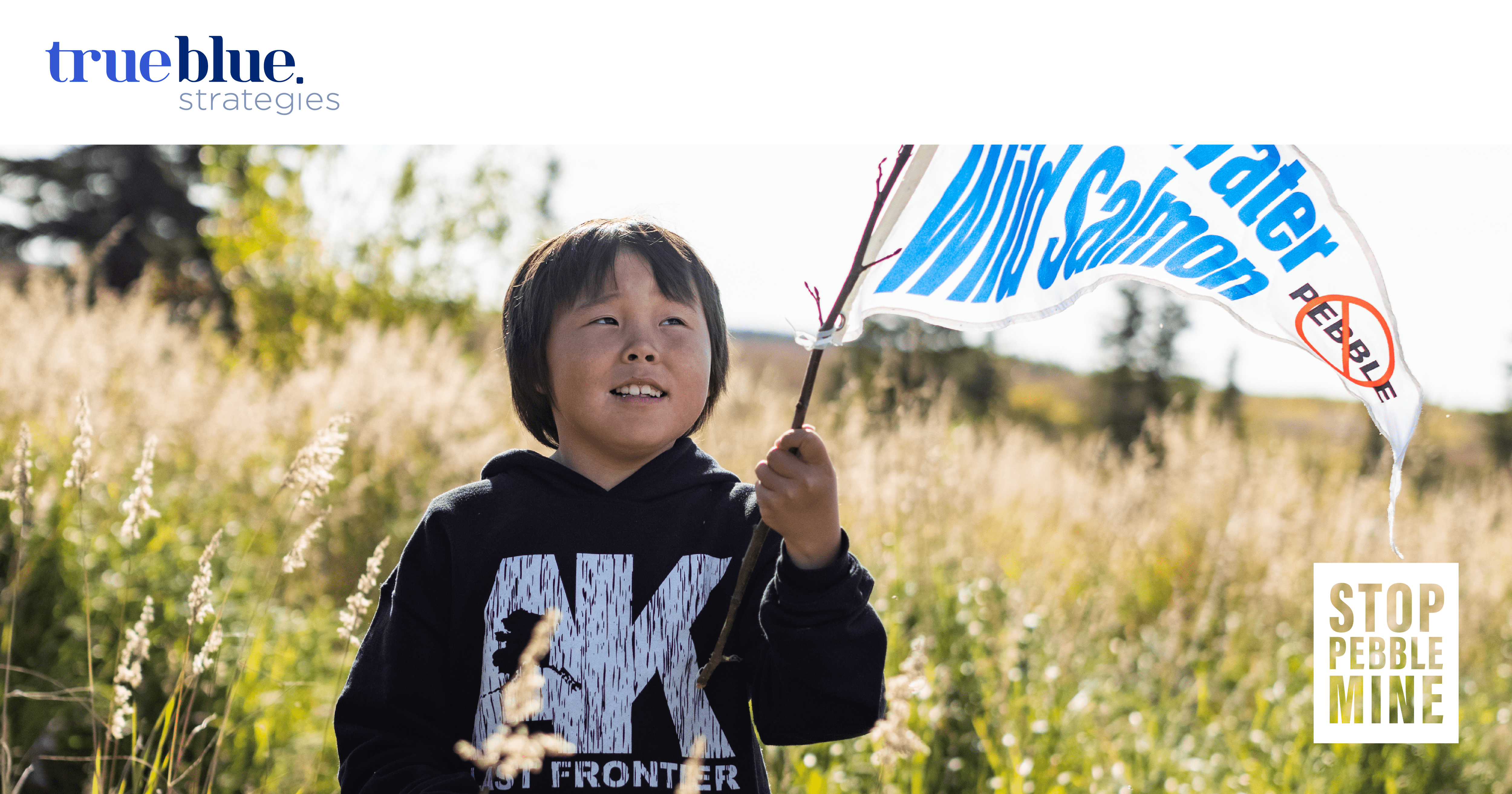 Often referred to as “the Oscars of political advertising,” the Pollie Awards recognize the best and most influential work from across our industry. We’re proud to announce that this year, our team took home 5 of these prestigious awards. This includes the “Best in Show” award (the highest honor!) for our work on the Stop Pebble Mine campaign, which advocates for the communities of Bristol Bay, Alaska, as they continue fighting to protect their region from the threat of Pebble Mine.  END_OF_DOCUMENT_TOKEN_TO_BE_REPLACED 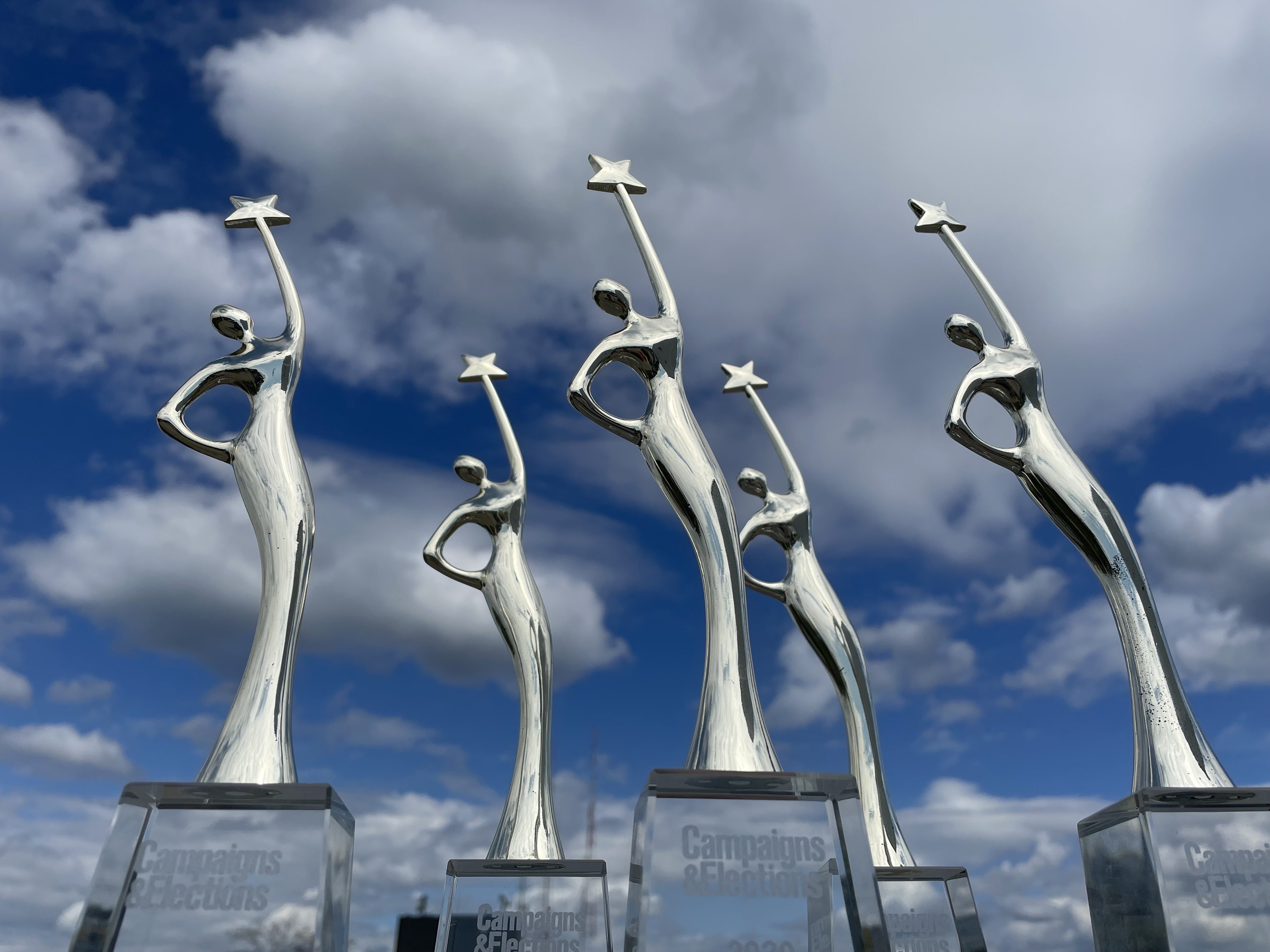 The Reed Awards & Conference recognizes the very best in political campaigns work from across the world. This year, we made quite the statement, winning top awards across 5 different categories. This is a huge honor and we’re proud to add more trophies to our awards shelf. But what makes this truly special is the amount of publicity these awards bring to the organizations behind the work. END_OF_DOCUMENT_TOKEN_TO_BE_REPLACED